This patch decouples the panel entity GUI code from the global session code and uses the class syntax to achieve that, refs #5387.

The code logic is changed a bit (while the behavior visible to the player is the same) in order to perform less useless work.

These changes may help to make it easier to animate the button position instead of instant changes, as the TODO from rP18361 suggests.

The performance analsis shows that this is only slightly faster, < 5%, because there are two heavy performance blockers here.
One is the GetEntityState and the other is the tooltip functions (which also call GetEntityState).

Those two consume 300 microseconds per button on my machine whereas the rest of the new update function consumes something like 30 microseconds.
So the result is that we get yet another hint that GetEntityState interface needs to become smarter.

The tooltip functions equally. Perhaps one can make it so that the tooltip work is not performed anymore unless the tooltip is shown.
It would be a C++ patch, so thats only a prospect.

Everything besides those two evil calls should have been reduced to noisefloor, at least it's all 1, 5, or otherwise < 30 microseconds,
see the code comments in the first version of the patch uploaded.

Attached a measurement showing something like 13 relics in observerview selected, and the same replay from player 1 perspective who gained and lost relics and a hero.
(Notice the first graphics has a horizontal offset) 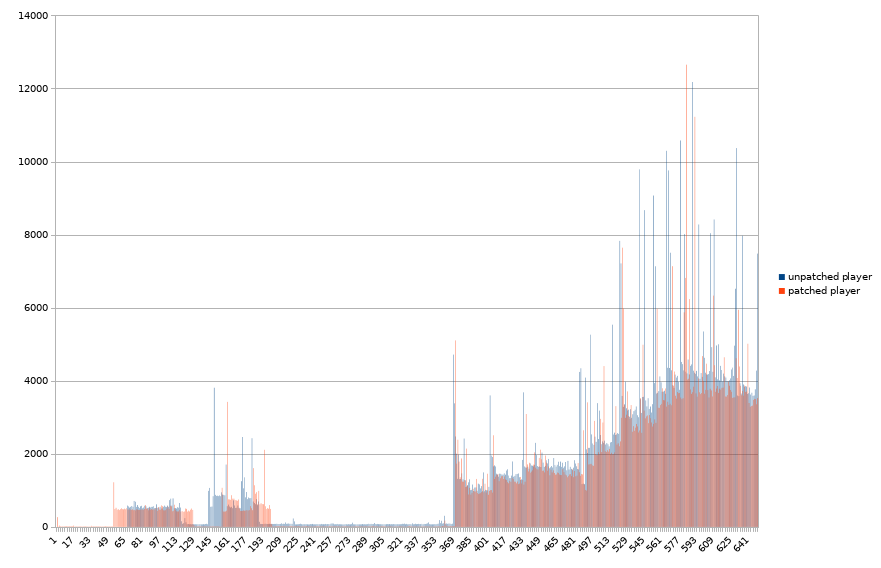 Notice that it now uses 15 microseconds where it had 80 microseconds before in case there are no panel entities, yay.

Correctness of the patch is ensured by testing that ingame everything works as it should, i.e.

The tooltip.map().filter().join() pattern is one that does some needless array construction.
However that is so little work that it makes no performance difference over a reduce call that creates the string directly:

Here again the code with the comments that show the performance imbalance: