Priorize user in buddy sorted playerlist to the highest position (according to sort order ofc) and make buddies to default sort.

Also priorize user player in status and buddy sorted playerlist. Put user player among players with same status or buddy status to the highest/lowest position (according to the sort order).

Highlight game, where the user is listed as player in blue color and keep the game in first position in gamelist, so the user can easily find the game back, where he has been playing in, if he got disconnect (This could be also be done by D1091).

Highlight buddies and their games in highlighted color (pastel like). 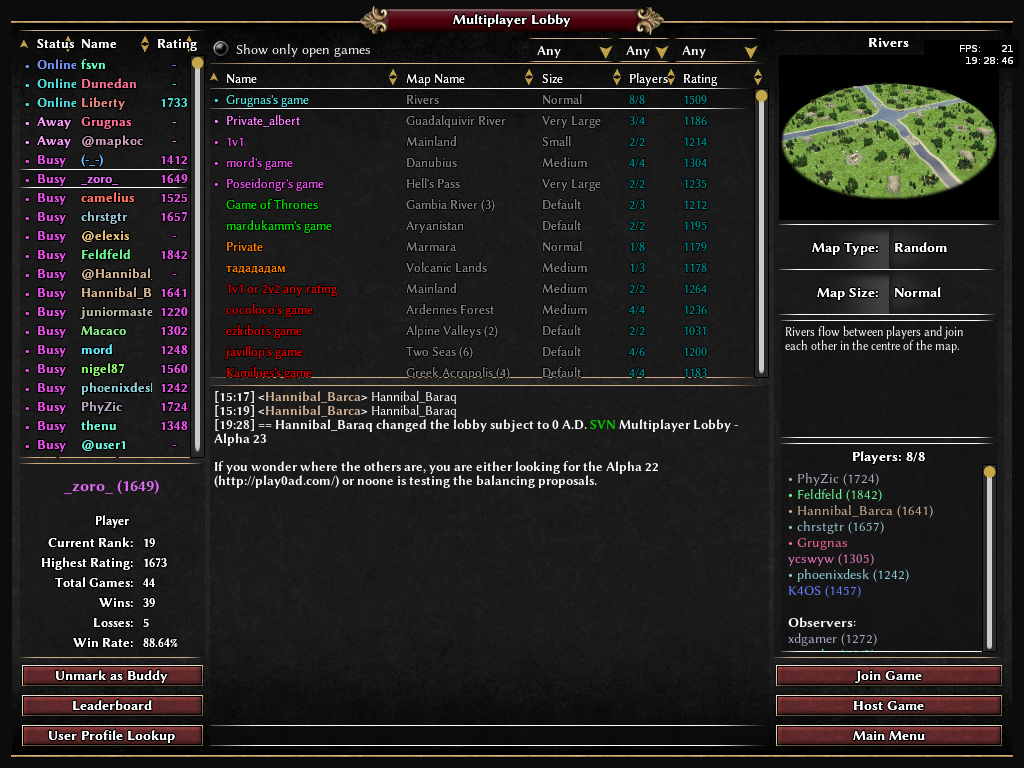 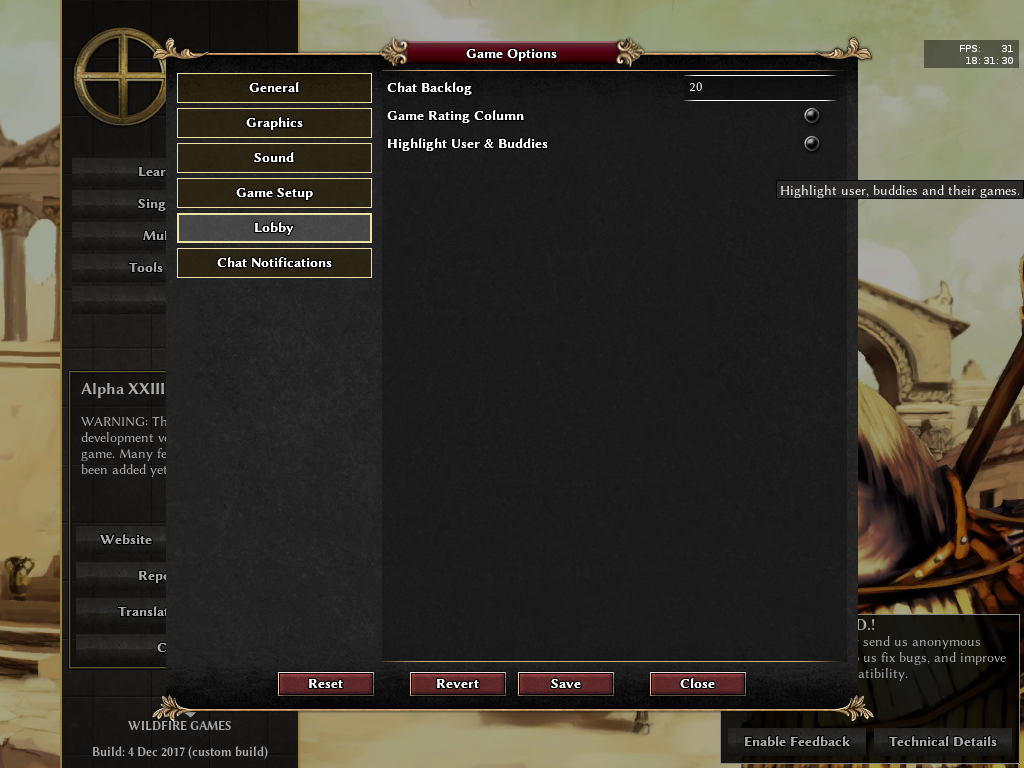 Didn't understand what it does. It displays the currently logged in user as a buddy of himself?

Didn't understand what it does. It displays the currently logged in user as a buddy of himself?

it displays you and when you were in a game it display that game in the gamelist with the user symbol so you easy find the game.

if you got disconnect from a game, its then very easy to refind the game in the gamelist and to reconnect to it.

If the goal is to alert a player to the game they were disconnected from (or quit), I think a better way would be to put the game name in a different color (e.g. blue), because the triangle is too similar to the dot. Could do both, of course.

For the triangle in the user list, I guess it's okay (but it should be first in the list when you sort by buddies), but it's probably only relevant for people who log in with multiple names and forget who they are. :)

For D378, I don't think colored dots are appropriate, since dots now denote buddies. Grayed-out chat is the better thing to do (white if online, gray if busy/away/offline).
For D801, I don't like the buddy numbers or the observer column, it's too much clutter. You can click on a game to get the same information in the side panel.
For D857, I like idea of a teams column but what if there's an eight-person free-for-all? "1v1v1v1v1v1v1v1"? So I think I'm against that too.
But that's just my opinions, I don't feel too strongly about any of them.

The idea I mentioned to you last night was to add for example a chat message when you join a game that says the title of the game, like "ffffffff's game". Sometimes people say "no walls, no wonders" and that type of stuff, but once you join the game you don't see the title anywhere. Hmm, maybe add an option to retitle the game, too? Just some ideas.

If the idea is to find the game where the player was playing, i think it would be better to display a pop-up to reconnect to the game when the player is in the lobby.

Blue looks nice. But I don't have a strong enough opinion about these things to review.

Can the blue game (you are offline from) appear first in the list? That would be even more useful.

Yes. Indeed. This is happening in line 950-952 in lobby.js. It's priorizing the user's game, where he is offline. So you find immediately your game back, where you dropped or disconnected.

OK. Sorry i had no way to test dropping of anyone's game and see list sorted (since svn lobby empty.)

yea its from first player slot color likely. but the nick is not colored only status and rating.

Now the colors are nice. Thanks

ok default name sort ofc buddy not everyone use

maybe making this color highlighting default and rid off option from options but keep user config?